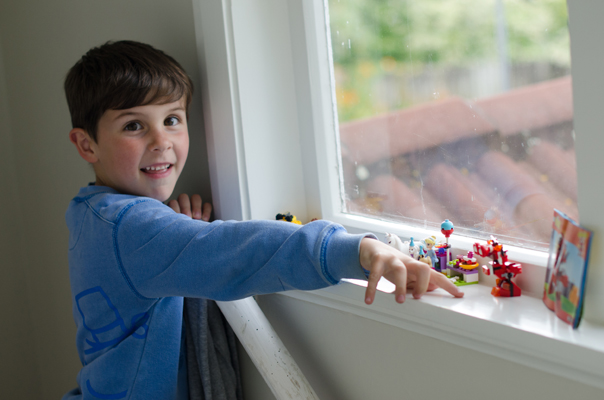 When we met Naomi* several years ago, we knew she had faced some incredible suffering. What we didn’t know at that stage was just how extremely difficult her life had become.

It all started when one of our social workers, Caroline*, was working in a school, helping Naomi’s oldest son, Jack*.

“The benefit of being a social worker based in a school is that I was able to form a long-term relationship with Jack and his mother,” says Caroline.

Due to a medical condition, Jack was disruptive at school and prone to mood swings, hampering his ability to learn, make friends and engage in the classroom.

When one of our social workers is helping a child, they often form a relationship with the parents as well. This was exactly the case for Caroline and Naomi and by talking to Caroline, Naomi started to open up about her own life.

What happened next was both traumatic and remarkable. Caroline discovered that Naomi had suffered abuse as a child and had been removed from her parent’s care.

Because this long-held abuse had never been addressed, Naomi needed a lot of support and nurturing to help her.

By confiding in Caroline, Naomi started to reveal just how terrible her childhood had been and what had happened to her as an adult. It turns out Naomi thought very little of herself, struggled with relationships and became addicted to illicit drugs.

She found herself in an abusive relationship, unable to find a way out and by then she was a mother. The final blow was the removal of her children. At this point, life for Naomi was bleak, and her future was becoming increasingly desperate.

By the time Caroline became involved with Naomi and Jack, Naomi was once again raising her children, but life was still very difficult. The rental property they lived in was cold and damp, resulting in the children getting sick and being unable to attend school.

We all wanted to see Naomi succeed and raise her children to be the very best versions of themselves. So for several years Caroline helped Naomi and Jack. She provided practical support, was a listening ear, gave good advice and, most importantly of all, showed how kindness and respect could help their troubled whānau.

And then last Christmas something truly remarkable happened!

Caroline was aware that Naomi would probably not have the money to buy presents for her tamariki, but thanks to the generosity of strangers, Christmas presents were donated to Presbyterian Support for families like Naomi’s.

What happened next stunned Caroline!

“When I was delivering the presents, I expected to see a stressed and struggling mum. What I came across, however, blew me away! Naomi was doing tertiary study to expand her horizons and secure a better future for her and her children.”

The work Naomi had done with Caroline stoked the flames of wanting to turn her life around, recognising that she had the ‘smarts’ for achieving great things. She was confident she could raise a healthy and happy family, no longer living as a victim and was excited about the career she was pursuing.

Caroline says, “Naomi wrote to me to thank me for the mahi we were able to do together but it’s Naomi who has transformed her life and the lives of her children.”

Naomi has faced unimaginable trauma and grief, and at times, the obstacles looked insurmountable, but Presbyterian Support social worker, Caroline, has been instrumental in helping Naomi turn her life around.

“To see everything that Naomi has gone through and yet to come through it all with such a strong sense of positivity is remarkable,” says Caroline. “I’m absolutely thrilled for her and her tamariki. This is the reason why I do what I do!”

*Names and photos have been changed to protect privacy

We want to help other children and parents like Naomi and Jack but we need your support. Please make a donation and help change the lives of vulnerable families.

A gifted artist
Wednesday is the best day!
Playlists, hula hoops and skateboarding
A home of your own choosing means so much
Turning a new corner
Subscribe to our free magazine.
More info