Providing a safe space to talk 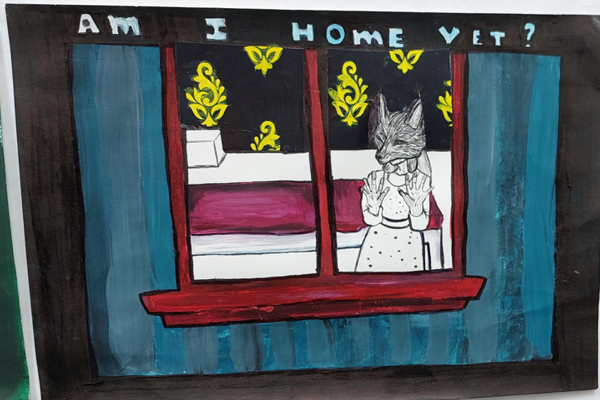 Lucas* is a 15-year-old who realised in intermediate school that he was different. He tried to ignore what he was feeling, but his mental health plummeted and earlier this year he tried to take his own life.

Lucas was afraid to tell his parents he was transgender, and although his teachers and friends were a great support, hiding his real identity from his parents was a struggle. Lucas suffered from severe anxiety. He says, “I cannot remember much prior to when I was 11 years old, I think my brain blocked it out because I couldn’t handle the bullying and reactions of others.”

At his school formal, Lucas was forced to wear a dress, despite pleading to wear a suit. He says, “I began to realise I was different, and I wasn’t who I wanted to be and who I really was.”

Lucas finally found the courage to come out to his parents, but after he tried to take his own life, decided he had to make a change. He sought the help of Presbyterian Support, and this is where Family Worker, Emily* began working with him.

Emily provided a safe person for Lucas to talk to. Being part of the rainbow community herself, Emily immediately established a connection with Lucas. Emily supported Lucas with accessing mental health services and learning assessments, and recommended local rainbow support groups.

Lucas is now taking medication for his mental health issues, receives weekly counselling and various learning needs have been identified. His overall outlook on life and ability to manage his feelings have since significantly improved.

Emily says, “The creation of a rainbow alliance brings an opportunity for increased awareness, safety for LGBTQIA+, and works to improve health and social outcomes for our clients and colleagues. It’s very exciting.”

On the importance of having knowledge of the rainbow community, Lucas says, “Everything about mental health and transitioning is ‘hushed’ and we don’t talk about it enough. We don’t know if counsellors and support people are aware of our rainbow issues. You don’t know who to trust.”

He also says it is important to know to ask about gender and pronouns, “We do not want to feel as though we are lying, but when people don’t ask, it makes it really hard.”

You can make a difference

Lucas has come a long way, thanks in part to the support of our Family Works service. Will you consider donating today to help other young people like Lucas? Thank you.