The best day ever! 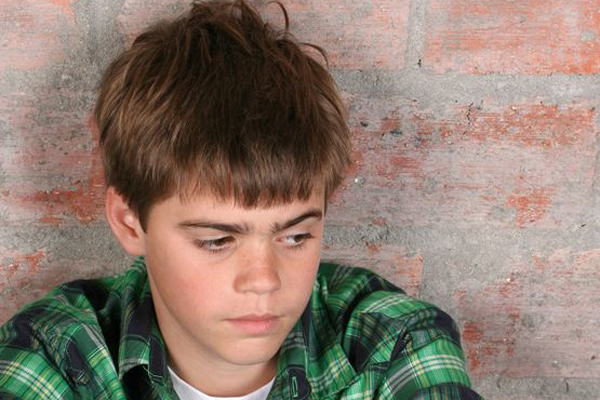 What are the chances of an 11-year-old boy, born into poverty, family violence, drug use and neglect? What kind of future might he face? Bleak would be an understatement but when Presbyterian Support came on the scene, the future looked a little brighter.

In 2016 Dillon* was a 6-year-old pupil very quickly falling off the rails, was barely going to school and when he was, he was disruptive and couldn’t settle into a routine of learning and making friends. Dillon was heading towards a life of violence, crime and mental health issues. To make matters worse, his mother had not been part of his life since he was three months old and his contact with her was limited. Dillon’s father also struggled to be an active and caring father.

It was at this time that Presbyterian Support started working with Dillon (and his father). The challenges were immense, not just in school, but in their home. Dillon desperately needed a routine, he needed to feel secure and safe at home, to attend school regularly and be properly cared for by his father. Not an easy thing to achieve.

The effects of years of ill-treatment and neglect had to be slowly reversed and Dillon’s father needed parenting support to aid in this whānau’s slow recovery. Slow it might have been, but it came.

For Social Worker in School (SWiS) Tracey* her initial mahi was two-fold. Help Dillon’s father understand his parenting responsibilities, make sure that Dillon was fed and bathed regularly, attend school and encourage his father to ensure he had a good night’s sleep. Dillon had a very low opinion of himself so Tracey worked simultaneously to improve his self-esteem and resilience. With other agencies helping provide Dillon with extra-curricular activities and the whānau also receiving much-needed food parcels, the collaboration and interventions were having a positive impact on this whānau.

Unfortunately that was about to change when, in 2020, Dillon’s father was diagnosed with terminal cancer. Just days before Dillon turned 10, his father passed away. It’s fair to say that Dillon’s world came crashing down once again but we weren’t going to give up on him.

At this time Dillon began working with a new SWiS social worker, Kendal*. Because Dillon’s father passed away during the Covid-19 lockdown, the support for Dillon and his grandmother (now his guardian) came via the phone. It wasn’t ideal but it was, by far, better than not having any help.

Following the end of the lockdown Dillon was able to receive grief counselling and Kendal continued to support him to develop his emotional intelligence and regulation. Other agencies also continued to help Dillon.

The grief and trauma Dillon was dealing with were a lot for the young boy. While progress was being made, it wasn’t always linear or straight forward and given his early years, this was not unexpected.

What was unexpected, however, was an event that would be hard for anyone to cope with, let alone a young child who was already having to deal with so much pain and hurt during his young life. Dillon was the victim of a hit and run, suffering physical injuries, being hospitalised and unable to go to school for several weeks.

The new trauma compounded the existing trauma and Dillon’s progress was immediately in jeopardy. But again, Presbyterian Support were not about to give up and Kendal persevered. While the whole experience caused considerable distress for the whānau, Kendal visited Dillon at home, providing him with home-based learning activities. Kendal also encouraged Dillon to return to school once he’d recovered from his injuries, helping him to overcome his anxiety of public spaces.

Kendal continues to work with Dillon, meeting him every week so he’s able to talk about his feelings and develop social skills and make new friends.

Dillon has a small but important network of people around him who are supporting and encouraging him to be the best version of himself. Dillon is now 11 years old and has seen far too much violence, grief and sorrow for such a young person but the help he desperately needed is a game-changer.

For his birthday, Dillon and his grandmother received a birthday cake and gifts, making it, in Dillon’s words, “the best day ever”.

* Names and photos have been changed to protect their privacy

Working with children/tamariki like Dillon is incredibly challenging but very rewarding. It takes time and comes with a cost. You can help us with those costs by making a donation. Will you help?

National Volunteer Week - our shining stars
Pathway to Cultural Accreditation
Getting to know Gemma Whiting
A gifted artist
Wednesday is the best day!
Subscribe to our free magazine.
More info